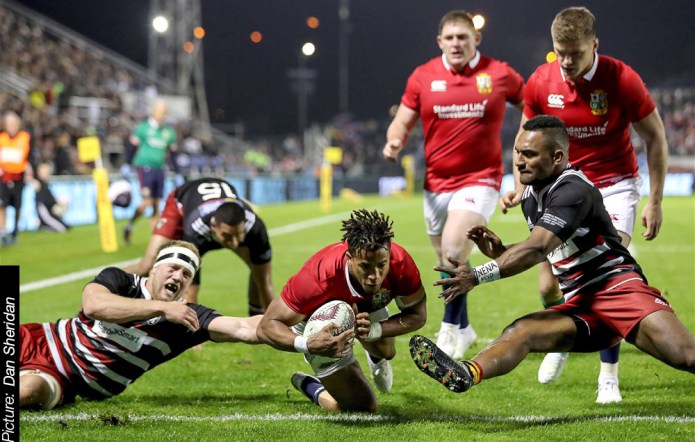 The British and Irish Lions gameplan is still “in its infancy”, according to attack coach Rob Howley, as the tourists prepare for Wednesday’s game against the Blues (08:35 BST).

After a scrappy win over the Provincial Barbarians, the Lions play the first of five matches versus high-quality Super Rugby opposition.

“Clearly our game isn’t fully in place yet, as you saw by the performance at the weekend, said Howley.

“We know we need to improve.”

Head coach Warren Gatland has been in bullish mood this week, defending himself against criticism of his supposedly direct ‘Warrenball’ tactics.

And Howley said the Lions training had been focusing on bringing “southern hemisphere-style rugby chaos” to their game.

“That’s how the majority of international sides play now, from chaos,” Howley said.

“The players are enjoying the speed and intensity in training. We have to adapt and play what we see. The one thing the players have really enjoyed is rugby chaos, it’s very unstructured.”

Following the Auckland clash, the Lions face a Crusaders side – unbeaten in 2017 – in Christchurch on Saturday (08:35 BST).