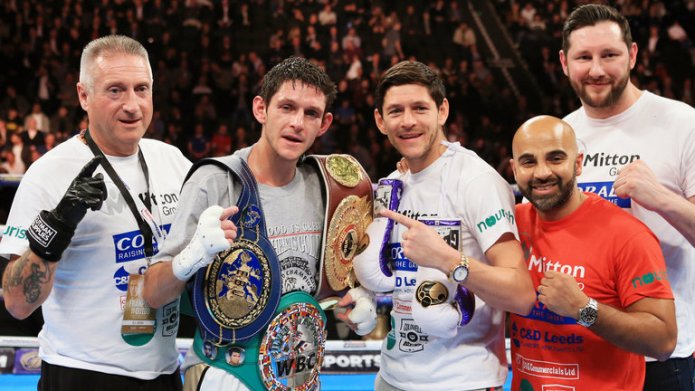 Callum and Paul Smith, Gavin McDonnell and Kid Galahad have been confirmed on the undercard of Kell Brook’s showdown with Gennady Golovkin on September 10. 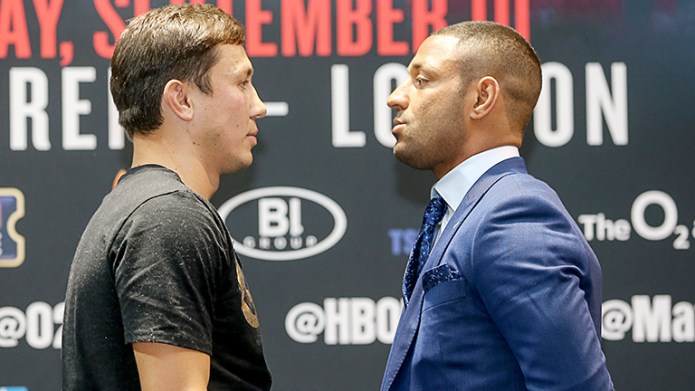 How do Gennady Golovkin and Kell Brook compare?

One of two physical attributes that will be almost impossible to measure for Brook, as he will be debuting at middleweight.

However Golovkin has made the weight his home and decorated the walls with the scalps of 35 victims. Only three of those have managed to hear the final bell against ‘GGG’ – the last was Amar Amari in 2008.

The Kazakh wrecking ball is arguably the hardest puncher around at the moment and holds the highest knockout percentage in middleweight championship history. Overall, it’s 91 per cent but all of his world title fights have ended early.

At welterweight, Brook is a strong puncher but by no means the force of nature Golovkin appears to be at 160lbs. The unbeaten Sheffield star has required the judges just twice in the past four years, to outpoint Carson Jones and Shawn Porter. A 2013 four-round blitzing of Vyacheslav Senchenko highlights Brook’s ability to hurt quality opponents early.

However we can only speculate as to what effect the jump in weight will have on his power. The added mass is likely to bring more to his shots, as long as he can deliver them as sharply as he does at 147.

Part of Golovkin’s destructive mastery is his ability to launch his gloved missiles with alarming speed, leaving many to wonder how he generates such power. He counters well when required and has a tendency to sneak in a left hook to the body after a swift one-two.

His footwork, while not rapid, allows him to cut the ring off better than most active fighters.

Again, it is difficult to assess whether the extra poundage will slow Brook down or not. At welter, he is a sharp and crisp puncher who puts together punishing combinations. It doesn’t take Brook long to build momentum and when he does, it’s a big ask to slow him down.

He’s also terrificly fit and, if he and his team are to be believed, will have much more in the tank without the drastic weight cut to 147. Brook has also frequently mentioned speed when asked about his preparations for Golovkin, suggesting he may focus on it on fight night.

With over 350 amateur contests to his name and an Olympic silver medal to boot, Golovkin has a quality skill set and is a decent defensive fighter – he’s just not really needed to draw on that side of his style much as a pro.

A frequent criticism of Golovkin is that he can be hit a lot, however this is only the case when he has felt an opponent’s power, deemed it acceptable, and worn them down to the point they are no longer dangerous. Conversely, when he fought dynamite-fisted David Lemieux, ‘GGG’ boxed beautifully off the jab and never allowed Lemieux near him. His ability to dictate distance and range in the ring is one of his key assets.

Brook, moulded in the Ingle’s Wincobank gym, is a difficult man to pin down. Shifting his body in unorthodox ways, sometimes with his hands down, while darting in and out of range makes him a tricky target. Sparring partners and former foes alike have mentioned how difficult he can be to hit; Shawn Porter was never really able to catch him clean when they fought.

Jones did, however, in 2012 and it was a tough night for Brook, who admitted he did not have the best preparation for the bout. That bout also showed Brook can sometimes see the red mist and elect to stand and trade when perhaps he should box and move – though in a fight of this magnitude against a puncher like Golovkin, he is unlikely to make such a choice.

See the conclusion and the rest of the article here

The 22-year-old has not played a first-team game for Chelsea in his four and a half years with the club following his move from Nottingham Forest. 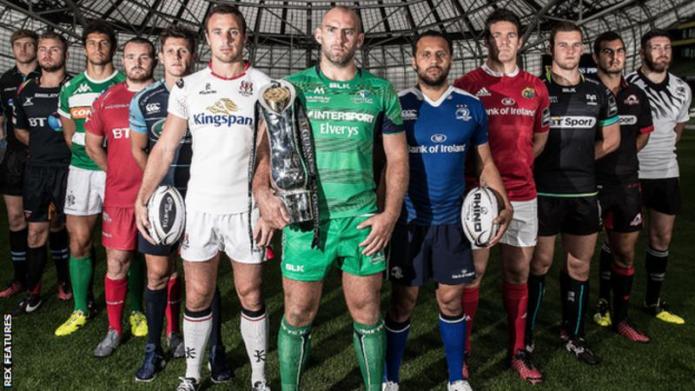 The head of the Pro12 believes the competition will have a bright future without following the “unsustainable” English and French business models.

However, Martin Anayi has stressed the need for an improved domestic television deal to increase money coming into the competition.

“We have got to do something about our revenues,” Anayi told BBC Radio 5 live.

“But we don’t think we have to chase after a model that is in our minds unsustainable.”

“But we have to give them some results, and that’s what we intend to do.”

The Pro12 is made up of four teams from each of Ireland and Wales with two more apiece from Scotland and Italy. 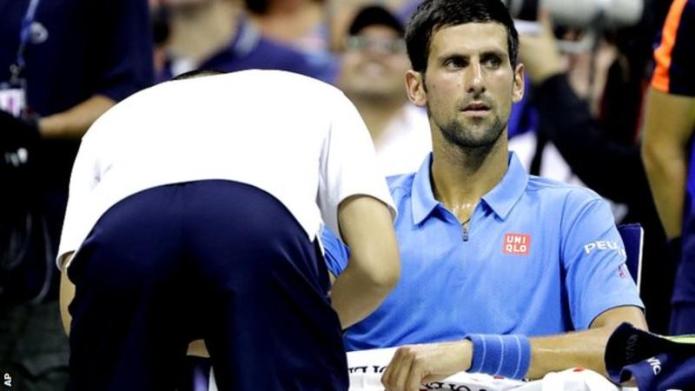 News: US Open 2016: Rafael Nadal & Angelique Kerber through first round

World number one Novak Djokovic began his US Open campaign with victory over Poland’s Jerzy Janowicz – despite the Serb requiring treatment to his arm.

Djokovic had spoken ahead of his opening match about the left wrist injury that has hampered him since the Olympics, but it was the right arm that appeared to be troubling the Serb against Janowicz.

He called a medical timeout after the fifth game to allow the trainer to work on his elbow and upper arm, but promptly broke the Janowicz serve on his way to the first set.

A wildly uneven display from both men saw Janowicz level at one set all after Djokovic double-faulted and blazed a forehand wide, shaking his right arm in apparent discomfort.

The defending champion began the second set serving at below 90mph but Janowicz was too inconsistent to take advantage, and Djokovic eventually ran out a comfortable winner – at least in terms of the scoreline. 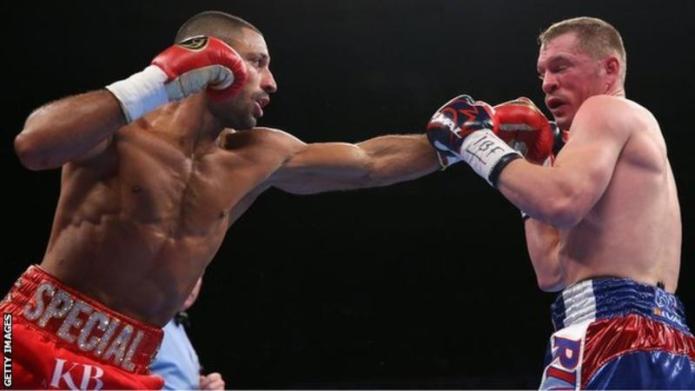 Brook, 30, is the IBF welterweight champion but will move up two weight divisions to fight for Golovkin’s WBA, WBC and IBF world middleweight titles.

The two unbeaten fighters will meet in London on 10 September and Brook can cause an upset, according to Bellew.

“Kell Brook at 11 stone will be an absolute wrecking machine,” he said.

“A lot of people are scared of Golovkin’s power but Brook’s stepped up and should only be commended.

“Do not write him off. These are two men who can land big punches and it can end at any time but Kell Brook is a serious athlete and deserves massive credit for taking this fight.” 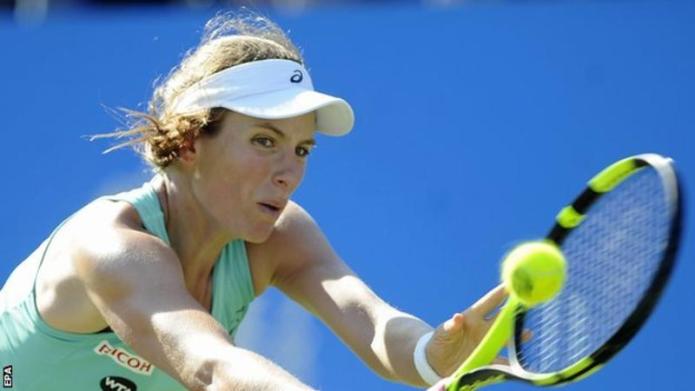 Johanna Konta and Kyle Edmund will carry British hopes on the opening day of the US Open on Monday.

Konta, seeded 13th, plays American Bethanie Mattek-Sands on the Grandstand court at around 00:00 on Tuesday.

Novak Djokovic, Rafael Nadal and Angelique Kerber also play on day one, while Andy Murray is among six Britons scheduled for day two.

The Scot, seeded second, will play Czech Lukas Rosol in the second night match at around 02:00 on Wednesday. 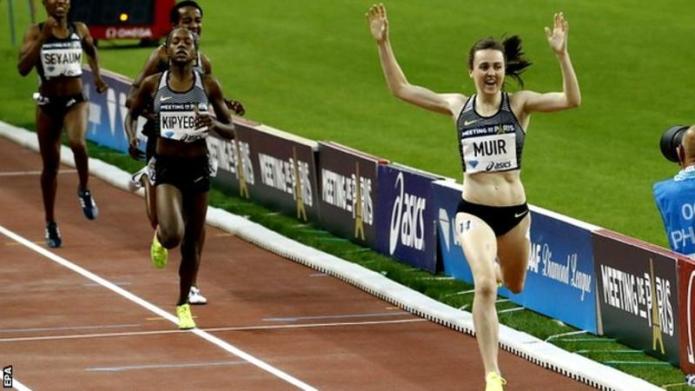 Laura Muir broke her own British 1500m record by more than two seconds to win at the Diamond League meeting in Paris.

The Scot, 23, clocked three minutes 55.22 seconds to break the national record for the second time in five weeks and set a 2016 world-best time.

The Kenya-born 19-year-old smashed the previous record of 8:58.81 set by Russian Gulnara Galkina at the 2008 Beijing Olympics. 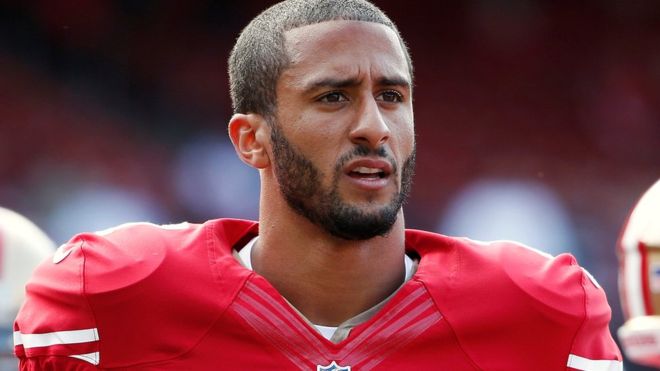 A US National Football League (NFL) quarterback has refused to stand for the national anthem in protest at what he sees as racial injustice.

Colin Kaepernick, who plays with the San Francisco 49ers, remained seated as the anthem was played.

“I am not going to stand up to show pride in a flag for a country that oppresses black people and people of colour,” he explained.

Some fans booed the player when he took to the pitch.

But his team said they supported his right to protest, which took place as the 49ers hosted the Green Bay Packers in a pre-season game on Friday.

“We recognise the right of an individual to choose and participate, or not, in our celebration of the national anthem,” the team said.