A potential Greater London grand prix is being looked into by Formula One chiefs.

Ross Brawn, F1’s head of motorsport, has ruled out a city-centre race, but believes there is scope for an event on the outskirts of the capital.

“But there are things on the periphery that are being explored – not slap-bang in the centre of London but Greater London.

“London is an iconic city with a massive history in the sport and there’s huge enthusiasm here.”

Any new race would not necessarily affect the future of a grand prix at Silverstone, though.

Next year’s round at the Northamptonshire circuit is due to be the last unless a new agreement is reached.

But Brawn added: “We’d like to see London complement Silverstone, not replace it. We could see ways we could make it work both sides.”

Liberty Media, F1’s American owners, is keen to add city races to the F1 calendar, with a round on the streets of Vietnam’s capital city, Hanoi, penned in for 2020.

London has long been talked about as the venue for an F1 race, but a number of obstacles have prevented it from becoming a reality.

Andy Murray rages at Ballon d’Or host for ‘sexist’ comments towards winner Ada Hegerberg – ‘Why do women still have to put up with this s***?’

Andy Murray has hit out at the co-host of the 2018 Ballon d’Or awards for asking Norwegian star Ada Hegerberg if she knew how to twerk.

Lyon striker Hegerberg was announced as the first ever winner of the women’s Ballon d’Or at the star-studded event in Paris on Monday night, and gave an empowering speech encouraging more girls to play football.

However, as the 23-year-old was leaving the stage, French DJ and ceremony co-host Martin Solveig asked her if she could twerk.

The three-time women’s Champions League winner abruptly said “no” before walking away.

She’s then asked to twerk on stage

After the event, Hegerberg told reporters that she had accepted an apology from the 42-year-old.

But former world number one Murray – a long-time campaigner for gender equality, and for two years had former Wimbledon ladies’ champion Amelie Mauresmo as his coach – hit out at Solveig.

He wrote on Instagram: “Another example of the ridiculous sexism that still exists in sport – why do women still have to put up with that s***?

“What questions did they ask Mbappe and Modric? I’d imagine something to do with football.

“And to everyone who thinks people are overreacting and it was just a joke… It wasn’t.

“I’ve been involved in sport my whole life and the level of sexism is unreal.”

Hegerberg told Sky Sports after the awards: “He [Solveig] came to me afterwards and was really sad that it went that way. I didn’t really think about it at the time to be honest.

“I didn’t really consider it as sexual harassment or anything in the moment. I was just happy to do the dance and win the Ballon d’Or to be honest.”

Accompanied by a video apologising further to Hegerberg, Solveig wrote on Twitter: “Sincere apologies to the one I may have offended.

“My point was: I don’t invite women to twerk but dance on a Sinatra song. Watch the full sequence.

“People who have followed me for 20 years know how respectful I am especially with women.” 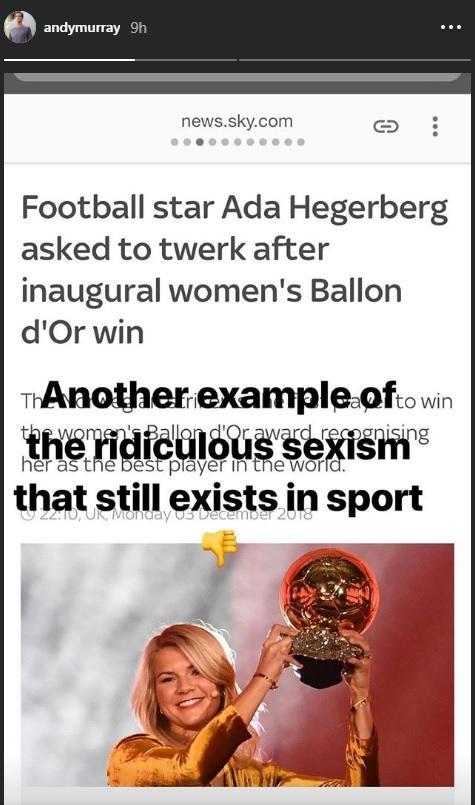 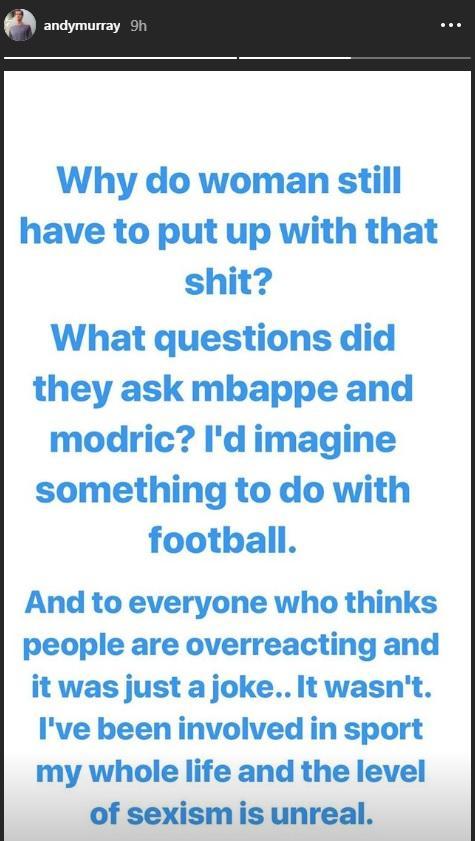 Solveig posted a picture of the pair embracing and wrote: “I explained to @AdaStolsmo the buzz and she told me she understood it was a joke.

“Nevertheless my apologies to anyone who may have been offended. Most importantly congratulations to Ada.”

England defender and Lyon team-mate Lucy Bronze, who came sixth in the inaugural women’s award, believed the incident was just a joke.

“The DJ asked each person that won what their dance was but she can twerk, she was lying. It was more of a joke of making her dance,” Bronze told BBC Sport.

On receiving the award, Hegerberg said: “I would like to say a huge thanks to France Football, for letting us have this opportunity to have this award.

“I would like to end this speech with some words to young girls all over the world. Please believe in yourself.”